Only once in almost 100 years, the two valuable sarcophagi that arrived in our city with the Déri collection in May 1925 left the border of Debrecen for only one day.

Visitors to the museum have been able to admire ancient objects since its opening in 1930, which are one of the main attractions of the Egyptian exhibition, but perhaps of the museum as a whole. This is understandable, as the “jewels” of the Déri Museum’s 404-piece Egyptian collection are as much a part of the ancient world heritage and as authentic as the monuments on display at the Metropolitan Museum. 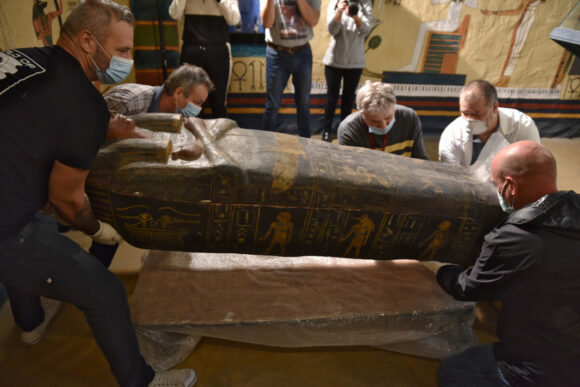 One of the sarcophagi is now crossing the city border again, as the II. Amenhotep and his age. The director of the Museum of Fine Arts applied for a loan for the international exhibition entitled Discovering the Tomb of the Pharaoh.

In his absence, the visitors of the Déri Museum will not be left without a special experience either, because due to the trip of the sarcophagus they will be able to see the mummy hidden in it in the exhibition.

How did the mummies get to Debrecen?

The documentable modern history of mummies dates back to the 19th century. It began at the end of the 19th century, during the sea voyage of Archduke Francis Ferdinand. From the writing of Ágnes Keszthelyi it can be learned that the later heir to the throne between 1892 and 1893 was S.M.S. onboard the warship Elisabeth Kaiserin, she made a study trip around the land, during which she also reached Egypt. It was here that he received, probably as a diplomatic gift, the two mummies. After returning home, a significant number of artifacts collected during the expedition, along with mummies housed in sarcophagi, were exhibited at the Belvedere.

The two mummies were placed in the Dorotheum auction house years later, where on October 10, 1918, Frigyes Déri bought them for a total of 2,770 crowns. 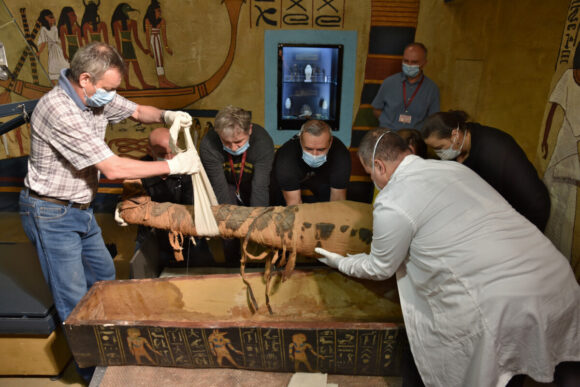 According to the legacy of the art collector, after his death, the works of art moved to Debrecen, where after the opening of the Déri Museum in 1930 they are on permanent display as exhibits.

The two sarcophagi in the Déri Museum and the mummies placed in them are among the specialties of the Hungarian museum collections. Not only because of their aforementioned charm but also because such ancient Egyptian coffins and human remains are a rare treasure in Hungary.

Understandably, since the opening of the Déri Museum in 1930, mummies have always played a central role in current exhibitions of ancient history. However, for those interested who wanted to know more about the mummies on display, only a short description of Frigyes Déri and the Exhibition Leaders were available to them for a long time.

Despite Déri’s efforts to share as much knowledge as possible about the treasures of her collection, the information proved to be insufficient to satisfy people’s natural curiosity. This is why it was expected that there would be an increasing urgency from both the public and academia to learn about the lives, origins, and circumstances of the deaths of the two former people. However, the history of artifacts, if at least the remains of people who once lived can be considered artifacts, dates back many millennia. Because of this, many details have probably been lost forever in the flow of history, leaving very few starting points for professionals examining their past. 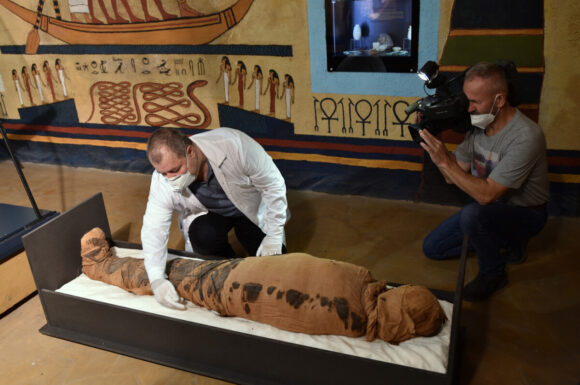 A XX. Research that began in the last decades of the twentieth century began in the historical and medical fields. In the former case, an attempt was made to explore the social background, lifestyle, and burial circumstances of the deceased. The latter focused on possible diseases, causes of death, physique, and traces of mummification.

Over the past 25 years, a number of new pieces of information have come to light through research. The most significant scientific results were given to Dr. János Endes and Dr. Gyula Vargha (1988); To Ágnes Keszthelyi (2006); To Irén Vozil (2013); and thanks to the researchers and doctors of the Central Imaging Diagnostic Department of Kenézy Hospital and the OLKD Department of the Medical and Health Sciences Center of the University of Debrecen (2012 – 2013).

The Hungarian documentary about the hero of Debrecen received huge acclaim